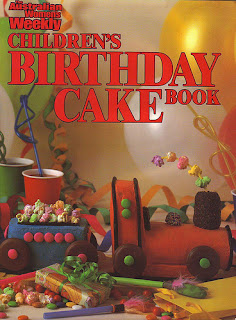 If you grew up in middle-class Australia during the 70s and 80s, like I did, that means your household probably had a copy of The Book.

You know The Book. Everyone knows The Book.

Its name is the Australian Women’s Weekly Children’s Birthday Cake Book, and since its release in 1980, it has sold over half a million copies.

And that means just about everyone you know - and lots of people you don't - have a story about The Book. If you casually mention it  in conversation, people will fall over themselves to tell you stories about that time their mum made the duck with a beak made out of chips (just wrong, so so wrong), and how even now it gives them shudders of cakey horror.

So not only does that show how universal The Book was, it is also a timely reminder that you should probably be careful who you talk to about it. Perhaps we should form a secret society - it would have apron uniforms, a coded doorknock and the password would be “vienna cream”.

Everyone harbours a grudge about the cake they always wanted but never got. Many people were traumatised by the disastrous attempt that left mum sobbing in the kitchen at 4am. And there was the odd occasional triumph, usually a complete fluke and therefore all the more special for it – that one lives on forever, tucked up in the warm and cosy folds of memory.


I sometimes wonder if The Australian Women’s Weekly actually knew what they were doing when they unleashed The Book on an unsuspecting public. I mean, they must have done some testing before they published it, right?

So in the focus groups, did their nice, polite housewives have some kind of Boxing Day Sale stampede, shoving each other out of the way and ripping copies off the shelves? That would have given them a clue. Or perhaps all the recipe testers just innocently refused to give it back afterwards, claiming an unfortunate accident involving spilt milk and food colouring.

In my experience, it was not possible to own a copy of The Book without being totally, utterly in thrall to it. It ruled lives. Dictated traditions. And broke childish hearts all over the country. The original Book has only been reprinted once, in 2011, and just a year later you can’t find a copy in the shops for love nor money. 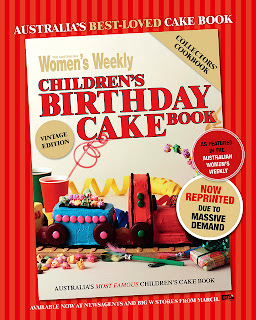 I stumbled across it one lunch time in a supermarket up the road from my office. I had the presence of mind to buy it immediately, thank god, because when I went back the very next day to buy five more to give to sisters and friends, the entire stack of 40 copies was gone.

So this blog is a homage to that book and to every child who ever wanted the swimming pool cake and never got it. (Okay, I am talking about myself here, and sorry dad, I still nurse that thorn of resentment. Love you.)

I am going to make every single cake in The Book.

I’ve counted, and there are 104 if you include all the variations of the same idea (and by this I mean specifically three different types of football fields? really? is one not enough?). If I start today and I make a cake a week, with no time off for holidays or good behaviour, I’ll be done in exactly two years.

Please understand, this is not a casual commitment. I am serious. I may also seriously need to be committed once it’s over, but let’s burn that bridge when we come to it.

The adventure should be ah, educational, to say the least. I’ve never made a birthday cake in my life, and some of those suckers look pretty complex to me. I’m sure that fairy castle still gives my dad nightmares. Which I would consider a very fair and just karmic rebalancing for the Complete. Lack. Of. Swimming. Pool. Cake. throughout my entire childhood -- but hey, I’m not bitter or anything.  That’s just the universe at work.

So I’m going to do it. The Book deserves it. Because for you, and for me, and for thousands of kids all across Australia, The Book was much, much more than just a collection of cake recipes.

It was magic.
It was ritual.
It was religion.

So grab your insulin and stand back, because this project is about to cake off. Prepare yourself for many cringe-inspiring puns. I’m about to start caking. I'm going to cake it til I make it. And I won't be caking it easy. Follow me as I cake it to the limit!
Posted by flickettysplits at 08:59

Say something sweet! Or, you know, not. 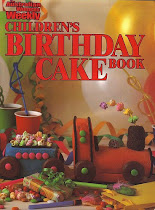